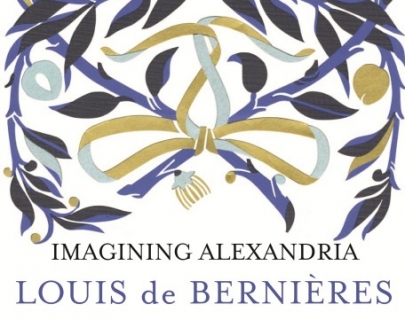 Poetry was Louis de Bernières’ first literary love and Imagining Alexandria is his debut poetry collection. Here the author of the much-loved Captain Corelli’s Mandolin returns us to the vivid Mediterranean landscape of his fiction. De Bernières was introduced to Greek poetry while in Corfu in 1983, and since then he has always travelled with a book of Cavafy’s poetry in his pocket. Not surprisingly, his own poems about the distant past, the erotic and the philosophical owe much to the influence of the great Alexandrian poet. Beautifully illustrated with line drawings by Donald Sammut, this is a collection rich in sensuality, nostalgia, and music.


Louis de Bernières published his first novel in 1990 and was selected by Granta magazine as one of the twenty Best of Young British Novelists in 1993. Since then he has become well known internationally as a writer and Captain Corelli’s Mandolin (1994) won the Commonwealth Writers’ Prize for Best Novel; it was adapted into a film directed by John Madden and starring Nicholas Cage and Penelope Cruz in 2001. A Partisan’s Daughter (2008), was shortlisted for the Costa Novel Award and Notwithstanding: English Village Stories, was published in Autumn 2009.