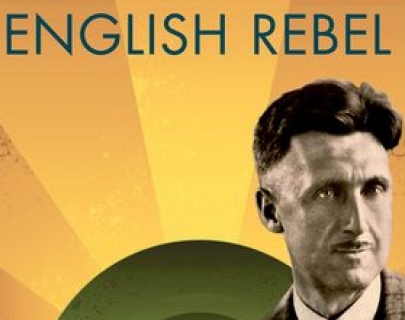 An intellectual who did not like intellectuals, a socialist who did not trust the state, a writer of the left who found it easier to forgive writers of the right, a liberal who was against free markets, a Protestant who believed in religion but not in God, a fierce opponent of nationalism who defined Englishness for a generation. George Orwell was a man of many fascinating contradictions, someone who liked to go against the grain because he believed that was where the truth usually lay. George Orwell: English Rebel travels through the many twists and turns of Orwell’s life and thought, from the precocious public school satirist at Eton and the imperial policeman in Burma, through his early years as a rather dour documentary writer, down and out on the streets of Paris and London and on the road to Wigan pier, and his formative experiences as a volunteer soldier in the Spanish Civil War.


Robert Colls is Professor of Cultural History in the International Centre for Sports History and Culture at De Montfort University. He is the author of Identity of England (2004), and has written and broadcast for national press, radio and television, most recently From Our Own Correspondent (BBC Radio 4, 2012) and Who Do You Think You Are? (BBC 1, 2011).