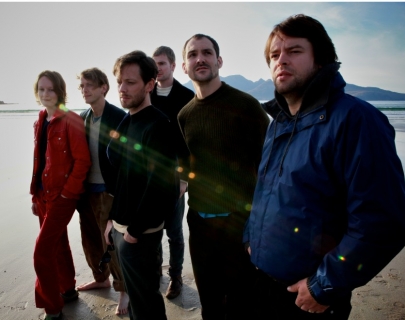 After working with musical arranger Peter Wraight (Matthew Herbert Big Band), the chart-topping indie rock band British Sea Power will be touring UK venues and performing their favourite songs from a ten year back catalogue in collaboration with Championship Brass Bands from across the country.

British Sea Power are a six-piece band various originating from Cumbria, Yorkshire, Ealing and Shropshire who have released seven albums since 2003 and are currently the longest-serving band/artist signed to Rough Trade Records. Their track Remember Me was voted Number 9 in the most important 100 tracks of BBC6 Music’s lifetime by the station’s listeners and have enjoyed an array of musical endorsements from the likes of David Bowie, Jarvis Cocker, Radiohead and Flaming Lips.

This is the first time British Sea Power have entered a music collaboration with another performing group and this project has been two years in the making already. British Sea Power are known for their sell-out rock performances as much as they are for their sensitive film scores, including the recent From the Sea to the Land Beyond which has now been released by Rough Trade as British Sea Power’s seventh LP and was voted Guardian’s Album of the Week in December 2013.

Celebrating their 70 year anniversary this year, Jaguar Land Rover Brass Band was formed in Coventry in 1944 as the Air Training Corps Band. In 1982 the band was known as The Rolls-Royce (Coventry) Band but changed to Jaguar Land Rover in 2002. The band is now consistently judged as one of the top brass bands in the country and is classed as a Championship Brass Band.

This project gratefully acknowledges the support of Arts Council England and PRS for Music Foundation as well as Warwick Arts Centre as co-commissioner along with principal commissioners Barbican Centre, London and Brass: Durham International Festival.