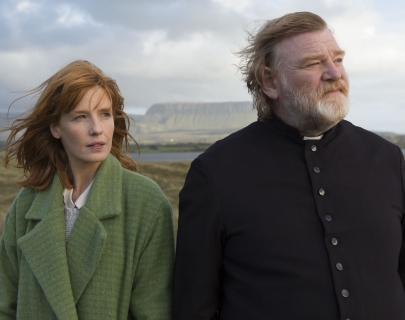 Please note, there are extra screenings of Calvary on Fri 6 – Mon 9 Jun.

Brendan Gleeson steps in front of the camera once more for The Guard director John Michael McDonagh, in a darkly comic tale of a priest who strives to do what is right in an increasingly corrupt world.

While in the confession box, Father James Lavelle (Gleeson) receives a death threat from the other side of the lattice, and it told he has a week left to put his affairs in order. Although he thinks he may know his would-be killer, Father James continues his rounds of the morally flawed citizens of his parish, attempting to make an impact on their cynical souls before his impending date with death.

“Visually, intellectually and emotionally, McDonagh’s film is one to savor.” The Hollywood Reporter