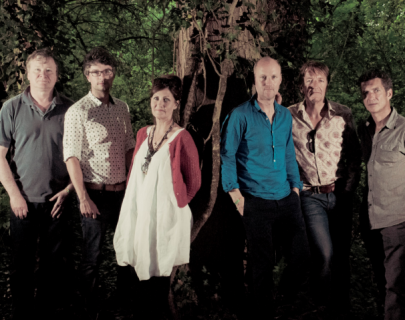 At the heart of it all – even three groundbreaking decades after Capercaillie first performed as teenagers in their native Scottish Highlands; even as they continue the worldwide musical journey that’s taken them from the Brazilian rainforest to the Hanging Gardens of Babylon, not to mention into the pop charts – lies the ancient Gaelic culture that originally inspired them.

At The Heart Of It All, the band’s 30th anniversary album, revisits and reinvigorates that same treasure-trove of music once again, featuring songs sourced from the rich vein of centuries old Hebridean folksongs enriched by compelling contemporary arrangements, together with an array of special guests representing the cream of today’s flourishing Scottish music scene.

This country-wide fruition represents a remarkable transformation of the cultural landscape where Capercaillie first emerged 30 years ago, a transformation in which they’re widely credited with a seminal role – not least by the myriad of younger Celtic musicians, including many of the new album’s guests, who cite them as trailblazing role-models.