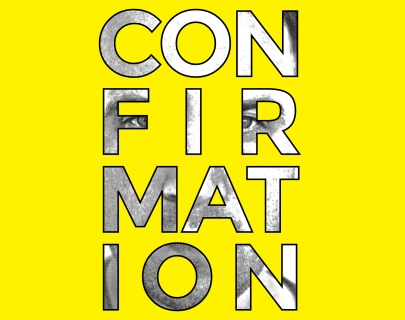 “If you put me up against the wall and put a gun to my head, I’d probably admit to being a liberal.

Actually if you put me up against a wall and put a gun to my head I’d probably admit to being whatever you wanted me to be.

And of course, putting a gun to my head is exactly what I’d expect someone like you to do.”

Confirmation is a show about the gulf between beliefs that we can’t talk across. About our knee-jerk dismissal of the opposing viewpoint. About the echo chamber of agreement and validation we live in. About the way we only choose to see the evidence that proves we’re right.

Working with research into the phenomenon of Confirmation Bias, and a conversation with political extremism, Confirmation is an attempt to have an honourable dialogue, real and imagined, across that gulf. Not to debate the viewpoints, but to find out how we come to believe what we believe, and how, from a common starting point, we can end up so far apart.

Commissioned by Northern Stage.
Written and performed by Chris Thorpe (Unlimited Theatre, Third Angel).
Developed with and directed by Rachel Chavkin (The TEAM).