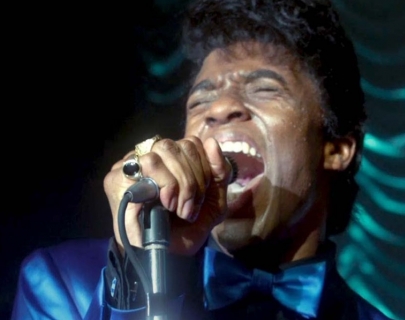 The life and songs of soul legend James Brown are brought to life by a stunning central performance from Chadwick Boseman, in this new film from the director of The Help.

The film charts his rise from a poor childhood in rural Georgia to becoming one of the most celebrated performers of the 20th century. Along the way we see his difficult relationship with his mother (Viola Davis), his friendship with his agent Ben Bart (Dan Aykroyd) and the bond with his best friend and collaborator Bobby Byrd.

“One of the year’s truly outstanding performances” The Guardian