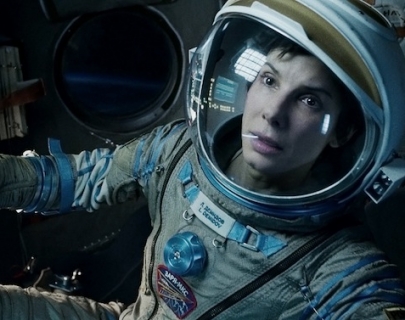 This ground-breaking and award-winning film features an outstanding performance from Sandra Bullock. Acclaimed director Alfonso Cuarón (Children of Men) crafts a film that is at once both intimate and infinite, as two astronauts get literally lost in space. Dr Ryan Stone (Bullock) is a medical engineer on her first space-walk under the watchful eye of Matt Kowalsky (Clooney), an astronaut on his final mission before retirement. When space debris damages their craft and cuts them off from contact with Earth, the battle begins to return home before their limited oxygen supply runs out.

Winner of 6 BAFTAS including Best British Film and Best Director.