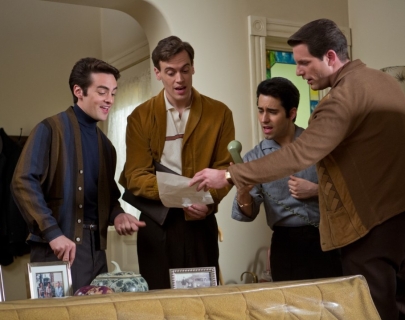 Director Clint Eastwood takes the Broadway and West-End smash-hit musical and adapts it for the screen, elegantly portraying the rise of Frankie Valli and the Four Seasons.

John Lloyd Young reprises the role that won him a Tony award, as Frankie, the young man from Jersey with a distinctive falsetto. The film follows the struggles of four young men from the wrong side of the tracks as their meteoric rise impacts upon their lives in different ways. Featuring all the hit songs from the original musical, under Eastwood’s direction, this flashy fame story becomes engagingly believable.