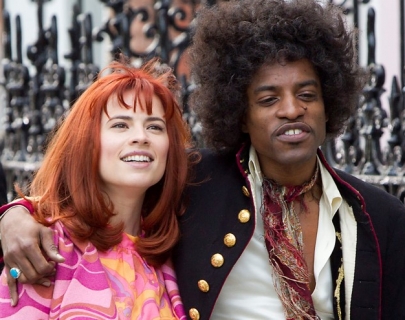 Written and directed by 12 Years A Slave writer John Ridley, this biopic stars musician and actor Andre Benjamin as a young Jimi Hendrix, exploring the time he spent in London in 1966 when his career took off.

The film also focuses on the two women who would be instrumental in his life – Linda Keith (Imogen Poots), who discovered him playing back-up and pushed him into the spotlight, and Kathy Etchingham (Hayley Atwell) his long term girlfriend – and the power struggle for control of a rising rock-god.