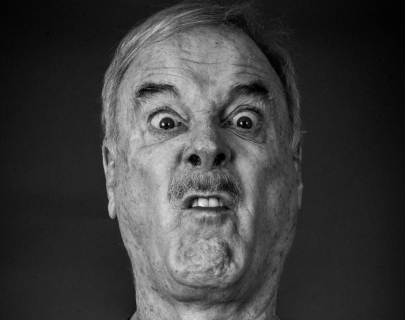 John Cleese is a comedy legend and the most senile member of Monty Python; Best known for his idiosyncratic turns in Monty Python and Fawlty Towers John will be bringing his unique comedic perspective to audiences across the UK this autumn with tales from his new book, So, Anyway.

Cleese has achieved a lot in his career which started as a sketch writer for BBC Radio’s Dick Emery Show and then The Frost Report. After this, stardom beckoned, and Monty Python was created with Cleese co-writing and staring in four series and three films. He went on to achieve further success as the neurotic hotel manager Basil Fawlty in Fawlty Towers, which he co-wrote with then wife Connie Booth.

After huge UK success John went on to crack the USA with A Fish Called Wanda (which he wrote and starred in with Jamie Lee Curtis). The late 1990s saw the unstoppable Mr Cleese appear in Bond movie The World is Not Enough and later Die Another Day. From writing to starring in plays, musicals, theatrical and comedy productions, to films and sitcoms, Cleese has done it all, and now it’s time for him to tell you about his jam-packed life, up until the age of thirty. What made him the star he is today?

John Cleese will be in conversation with BBC Radio Coventry & Warwickshire’s Marian McNamee.