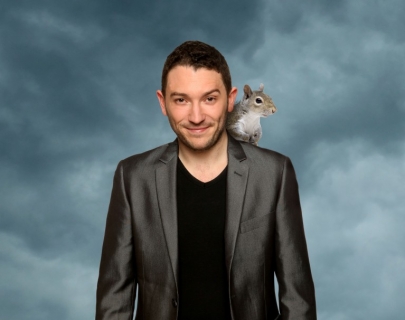 EXTRA DATE ON THU 22 MAY ADDED DUE TO POPULAR DEMAND!

Jon Richardson is checking his tyre pressures, hoovering his floor mats and putting an emergency packed lunch in the boot of his car, ready to hit the road again with a brand new tour Nidiot. The perennial singleton and misanthrope is determined to become a more easygoing person for the sake of his friends and his future health. Come and find out whether or not a leopard can change its spots, or if they are doomed to be angry forever not to have been given a more uniform and symmetrical fur pattern.

Away from his live stand up, British Comedy Award 2013 Nominee, Jon is best known as team captain on 8 Out Of 10 Cats. He is massively in demand for television and radio appearances. His recent TV credits include Have I Got News For You (BBC One), Live At The Apollo (BBC One), Michael McIntyre’s Comedy Roadshow (BBC One), Channel 4’s Comedy Gala Live At The 02 and Never Mind The Buzzcocks (BBC Two).

“One of our most individual and interesting stand-ups” – The Times

No Support
Approx 110mins including interval