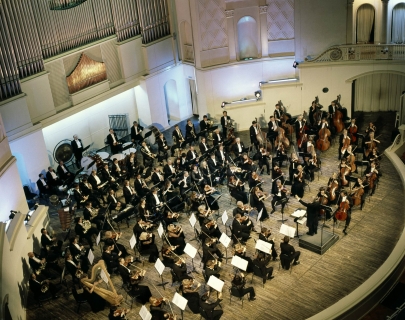 The Soviet censors described it as an “optimistic tragedy”. For Shostakovich, it was simply his Tenth Symphony. Grand, tormented and featuring at its heart a terrifying musical portrait of Stalin himself, what’s certain is that Shostakovich’s Tenth is one of the most powerful of all 20th century symphonies.

Tonight, Yuri Botnari leads the Moscow Philharmonic Orchestra through its dark corridors. It’s one of those pieces that everyone needs to hear for themselves – and these players have this music in their very souls. This should be a thrilling conclusion to our season, and an overwhelming finish to a concert that begins with the truly imperial melodies of Tchaikovsky’s The Sleeping Beauty, before Botnari and the MPO welcome Natasha Paremski for Rachmaninov’s Second Concerto. Paremski has been hailed as “flawless” by the critics; so this should be rather more than just a brief encounter with the world’s favourite piano concerto.