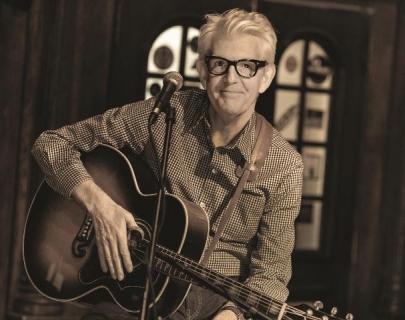 Somewhere in London, a musician carries the keys to the musical kingdom. In his Technicolor sonic scope are all kinds of sounds, from rock to country to soul to pop. Nothing is off limits, as long as it has a groove and goodness based in reality. The musician has been performing for 40 years, but is as fresh today as the first time he stepped on stage. There are no tricks or short cuts here. Far from it. His songs are as solid as the earth, yet carry no lingering hype or heaviness.

The musician is Nick Lowe, the headmaster of British rock and he’ll be coming to Warwick Arts Centre as part of his tour in Spring 2014.