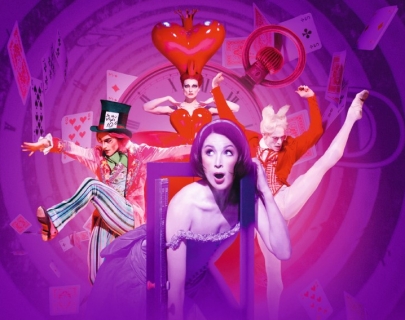 Tumble down the rabbit hole with The Royal Ballet this Christmas with Christopher Wheeldon’s magical Alice’s Adventures in Wonderland.

British Principal Sarah Lamb dances Alice, the role that was specially created on her for the world premiere performances in 2011. Exuding a girlish charm, Alice is joined by a host of familiar characters including the gardeners’ boy, Federico Bonelli, who later becomes her Knaves of Hearts with a blissful pas de deux, the ferocious Queen of Hearts, the jittery White Rabbit and the quirky tap-dancing Mad Hatter.

The familiar story is reimagined with quirky designs by Bob Crowley as we follow Alice into Wonderland across a lake of tears, playing croquet with flamingos and hedgehogs and attending a deranged tea party. Drawing upon a wealth of theatrical effects, projection and puppetry are used to visualise the grinning Cheshire Cat and sinuous Caterpillar with his 16 legs of ballet dancers en pointe creating a mesmerising world of enchantment.