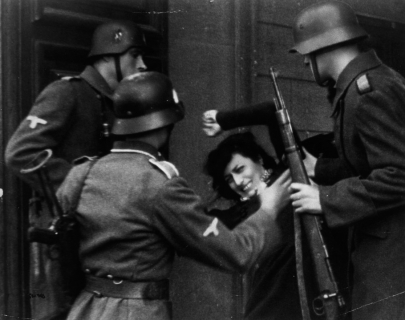 Made in the aftermath of Rome’s liberation, Rossellini uses his trademark neorealist style to devastating effect with on location shots of ravaged streets and naturalistic performances from his cast of professional and non-professional actors.

“THE MOST PRECIOUS MOMENT OF FILM HISTORY.” Martin Scorsese