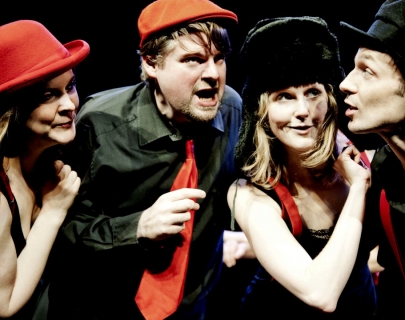 The Showstoppers have played 4 sell-out seasons in London’s West End and are now an Edinburgh Fringe must-see phenomenon. With an acclaimed BBC Radio 4 series to their name, the group have delighted audiences on tour across the globe with their ingenious blend of comedy, musical theatre spontaneity.