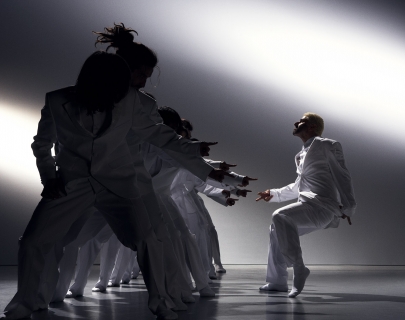 The world is perfect. From the darkness of Shechter’s emotive and often angry world emerges a bright white light dancing out of the smoke and chaos.

With an expanded company of 14 world-class dancers and an eclectic soundtrack featuring original music by Shechter, this new work follows the phenomenal success of Political Mother.

Hofesh Shechter is one of the UK’s most exciting contemporary artists, gaining international acclaim for his raw, honest choreography and atmospheric music scores. The International dancers of Hofesh Shechter Company have achieved worldwide renown touring his hit shows Political Mother, Uprising, The Art of Not Looking Back and In Your Rooms. They return to Warwick Arts Centre this February.

Sun is produced by Hofesh Shechter Company with generous support from Bruno Wang and The Columbia Foundation fund of the London Community Foundation.