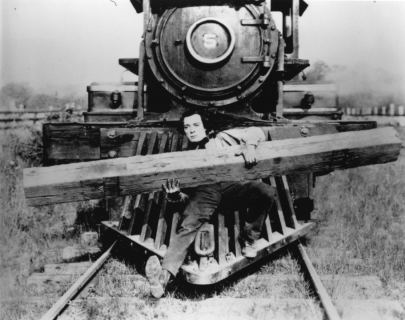 Often cited as the first action film, Buster Keaton’s pioneering 1926 silent comedy is a masterpiece in athleticism, comic timing and ambition. Now back in cinemas in a digitally restored format, this black and white classic looks better than never.

Set at the start of the American Civil War, Keaton plays Johnnie Gray, a railway engineer in the south whose train “The General” is stolen by northern enemies with his girlfriend on board. What ensues is an epic chase as Johnnie tries to get both his beloved girl and his beloved train back.

“Pacing, jeopardy, and stunts are managed to split-second perfection.” ★★★★★ The Telegraph