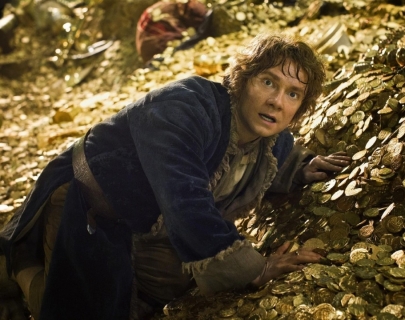 The second instalment of Peter Jackson’s Hobbit trilogy sees Bilbo, Gandalf and the thirteen dwarves trek across Middle Earth to the Lonely Mountain, in a bid to reclaim the lost Dwarf Kingdom of Erebor from the dragon, Smaug (voiced by Benedict Cumberbatch).

Expect the usual jaw-dropping visuals and set pieces as well as the return of some familiar faces such as Orlando Bloom as Legolas as well as the new face of Stephen Fry as the Master of Laketown.

“This takes our adventurers into uncharted territory and delivers spectacle by the ton.” ★★★★★ Empire

To read a review of this film from one of the Warwick Arts Centre STARs, Alexandra Ricou, please click here