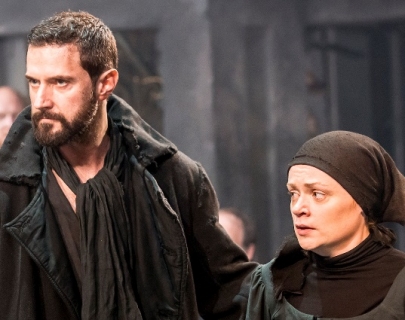 Richard Armitage’s film and TV credits include The Hobbit trilogy, Into the Storm Captain America: The First Avenger and Spooks. Yaël Farber is a multiple award-winning director and playwright. Her production of Mies Julie won a string of international awards at the 2012 Edinburgh Festival, was named one of the Top Ten Productions of 2012 by The New York Times, and Top Five Productions of 2012 by The Guardian.

The screening on Sun 14 Dec will take place in the cinema, and in the theatre on Mon 15 Dec.

Please note, this is not a live screening: The Crucible was captured live at The Old Vic London during its 2014 season.