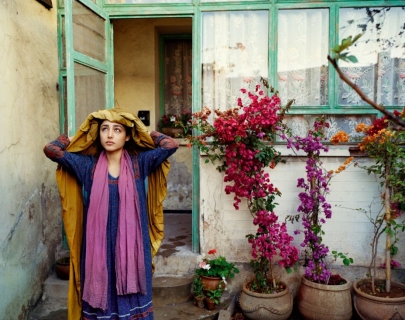 In an unnamed Middle-Eastern country, a young woman tends to her comatose husband, who has been wounded by a bullet to the neck. Finding herself able to talk to him for the first time in their ten-year marriage, she unburdens herself, telling him of her sufferings and frustrations; things she would not have the strength to tell him were he awake.

As such, her husband becomes a symbolic “syngué sabour”, which according to Persian mythology is a magical stone that absorbs the strife of those who speak to it. As she talks, the young woman begins to break free from her emotional shackles, and finds herself prepared to take the ultimate risk as she finds solace outside of her marriage.
“Golshifteh Farahani gives a memorable and moving performance in Atiq Rahimi’s poetic and politically charged allegory.” Screen International