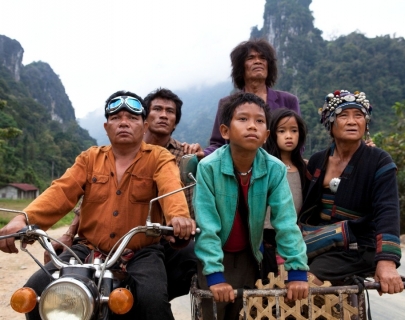 Winner of the Best Debut Film at the Berlin International Film Festival, this feel-good coming of age film centres on an unlucky 10 year old boy in Laos.

Born as a twin whose sibling died at birth, Ahlo is believed to be cursed by his grandmother. After a nearby dam project forces the family to relocate, tragedy strikes, and more people (including Ahlo’s father) start to point the finger at Ahlo. A rocket-building contest offers Ahlo the chance to redeem himself in his family’s eyes.