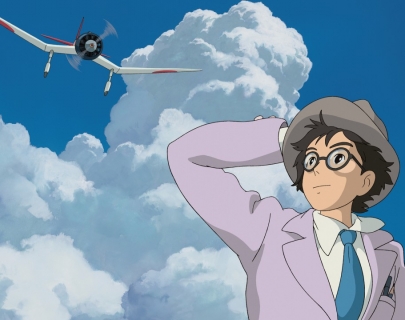 Jiro dreams of taking off into the sky, but unable to be a pilot due to his short-sightedness, he becomes an engineering student in Tokyo and there meets a young girl called Nahoko. After graduating, Jiro joins Mitsubishi and becomes one of their top aircraft designers and in the process develops Japan’s infamous A6M (or “Zero”) fighter plane.

“Miyazaki is at the peak of his visual craftsmanship” Variety