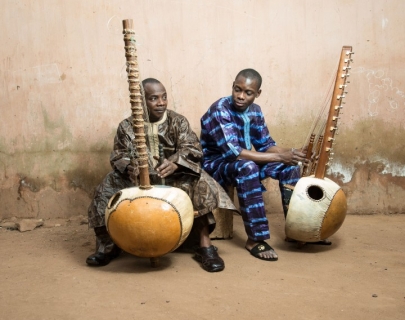 The pair have recently recorded a kora duet album, and together, they will perform music from the Malian griot tradition of storytelling. Their collaboration fixes and preserves a form of musical experience that’s almost seven centuries old whilst renewing and refreshing it at the same time.

Listening to Toumani and Sidiki playing together, you become aware how eloquently blood can speak through music.

“It’s brimming with burnished melodies and virtuoso playing and the production is pristine.” ★★★★★ Songlines on their new self-titled album