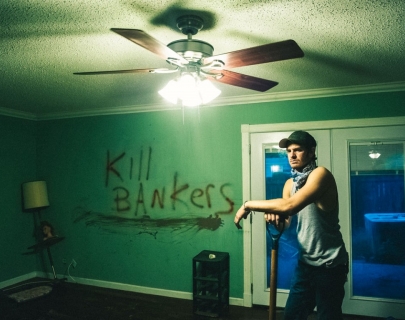 The film follows the story of one such man, Denis Nash (Spiderman and The Social Network’s Andrew Garfield) who, evicted from his home must find new shelter for his mother and nine-year-old son. Striking a devilish deal with the man who evicted him, Nash enters a vicious cycle from which he nearly doesn’t recover.

“Ramin Bahrani’s terrifically taut thriller finds a young man being taught that “greed is good” by a reptilian father figure – roles that Garfield and Shannon play to the hilt, the former convincingly conflicted and anguished, the latter alternately repellent and spellbinding” ★★★★ The Guardian