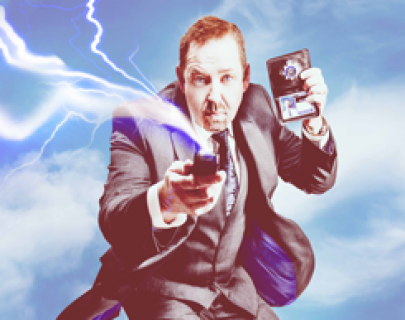 Following last year’s sell out run at the Edinburgh Festival, former Police Sergeant turned stand-up comedian, and star of BBC Radio 4 It’s a Fair Cop, Alfie tasers his way through 90min of hilarious and fascinating anecdotes drawn from his eighteen years on the beat.

The Naked Stun is based on the true story of his dogged determination to track down a ‘serial flasher’. A fast-paced show that twists and turns, exposing the seedier side of crime investigation, before reaching a shocking conclusion.

“His is a higher form of wit… delivered with lashings of good spirits and an effective slither of self-deprecation.” Chortle

“…lots of well-crafted jokes and a large dash of gallows police humour.” ★★★★ The Sunday Telegraph

“…a clever combination of fascinating, frightening and funny.” ★★★★ The Scotsman