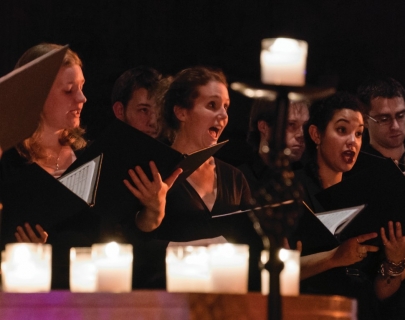 They’ve played Purcell on trapezes, transformed The Magic Flute into a family panto, and created a 21st century romcom out of Handel’s greatest hits. This is Armonico Consort, the acclaimed Midlands-based ensemble that uses period instruments, internationally-renowned soloists and a superb, scaled-down professional choir to make baroque music as lively, as spontaneous and as shamelessly entertaining as its composers intended – and it’s left the critics grasping for superlatives.

After last year’s Warwick Arts Centre Messiah, the Consort returns with the mightiest of all musical Christmas celebrations: Bach’s huge, exuberantly colourful Christmas Oratorio, with none other than the great Jamaican-born bass-baritone Sir Willard White heading a starry team of soloists. When Sir Willard performed Bach with Armonico Consort in 2014, the results were described as “astonishing”.

Together, Bach’s inspiration, Armonico Consort’s joyous spirit, and that phenomenal voice will make this one musical Christmas present that you can be forgiven for unwrapping early!