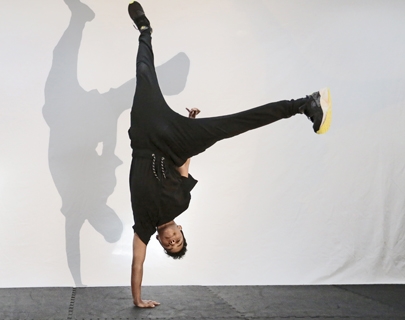 Please note the performance will start at different points around the building, you will be given a starting point by Box Office and will follow the performance to the main venue.

2015 has been a great year for boys dancing in Coventry, Solihull and Warwickshire. Once again we’re pushing the boundaries of dance for boys and young men with our highly talented team of boys dance specialists.

This year we have 11 schools and colleges involved and the lads have been working hard over the past 2 months with a team of 3 dance artists, Dave McKenna, Mark Anderson and Jonathon Armstrong. Each group has devised a short performance in collaboration with the artist, aiming to re-imagine Ancient Greek myths by placing them in contemporary settings such as council estates, parks and shopping centres. The young men have been inspired by the work of the poet and rapper Kate Tempest.

Still Mythical embodies the actions and emotions of ordinary human beings in association with the gods of ancient myth.

This years’ Solihull, Coventry and Warwickshire Boys Dancing performance will be an opportunity to see the true versatility of Warwick Arts Centre as a performance venue, as the lads take over the whole building by turning foyers and pavements in to auditorium and stages.

Working in promenade, the audience will be guided around Warwick Arts Centre to watch the devised work in a variety of locations. The sites will range from traditional performance spaces like the Studio Theatre but will also include non-traditional performance spaces like behind the windows of the Helen Martin Studio and in front of the cloakroom at Warwick Arts Centre. The piece will culminate in a finale performance on the Main Stage which will include the entire cast of approx. 100 young men.