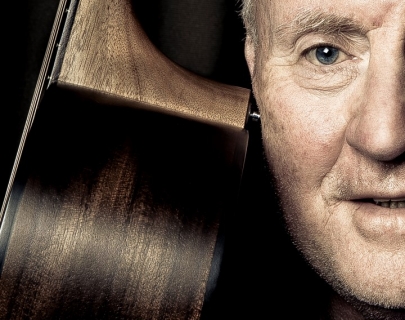 Christy Moore remains a relevant force on today’s contemporary music scene. 2010 saw him win Best Male at Ireland’s prestigious Meteor Music Awards and the Penguin Book of Irish Verse included his song Lisdoonvarna. Meanwhile, 2011 has seen him take the stage with Coldplay in front of 80,000 at Oxygen Festival and his cover of Bob Dylan’s Hattie Carroll has been included on The Rough Guide to Bob Dylan, which features the best Bob Dylan covers.

With his new album Where I Come From released Nov 2013, Moore looks set to continue his reign as the king of Irish roots music, with a career – both as a solo musician and with Planxty and Moving Hearts – that has spanned over four decades.

Christy will be accompanied by his long term producer, collaborator and friend, Declan Sinnott.