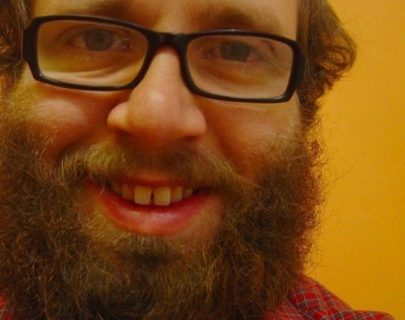 Daniel Kitson (Me) and Gavin Osborn (Gavin) return to the wide open road for the first time in ages. Ages. So long. Years. Oh god. Nothing stays the same does it? Dust on the wind. That’s all we are.

Anyway – here we are. The D Machine (Me) and G Unit (Gavin), back on tour. Doing it right.

In 2009 (Seriously, isn’t the passage of time horrifying?) we wrote a trilogy of story (Me) and song (Gavin) ultra combo mega shows called Stories for the Starlit Sky and comprising three interlinked stories about love (obviously), staying up all night (naturally) and a village populated by retired assassins (yeah, that makes sense).

We performed them in Regents Park Open Air Theatre on three separate summer nights, one in June, one in July, one in August and all of them at midnight. There were indeed stars in the sky. Some people brought flasks.

A couple of years later, we whacked them out over consecutive nights at the Latitude festival from the middle of a lake in a slightly futile battle against the ambient bass of various DJ sets and whooping intoxicated infants.

Most recently in July of this year (2015, obviously guys) Regents Park Open Air Theatre had a spare night after a late drop out – I rewrote the stories a bit (one of them really quite a lot) Gavin practiced his songs and we performed all three of the shows in one night. One after the other.

So, that’s what this (indoor) tour will be, the whole blinking trilogy on one night complete with two intervals.