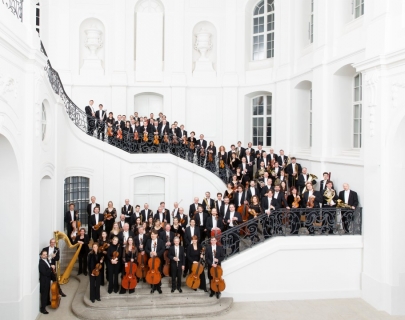 Two chords slam out, and music is changed forever. Ludwig van Beethoven was the ultimate musical revolutionary, and he wrote his Third Symphony as a tribute to the ultimate revolutionary warrior – Napoleon Bonaparte. So when Napoleon betrayed his radical ideals, Beethoven was so enraged that he tore up the score. “If I could wage war like I can write music” he declared, “I would destroy him!” There’s never been a symphony like the Eroica; and with the right conductor and orchestra, it’s one of music’s most electrifying experiences.

So here’s the good news: the Dresden Philharmonic’s rapport with its Music Director Michael Sanderling is something unique. Sanderling’s Russian roots give him a hotline to the soul of Rachmaninov’s glittering First Piano Concerto, played tonight by Andrei Korobeinikov – the young Russian star whom Moscow Conservatoire declared its “student of the decade”. And no great German orchestra can resist the booze-fuelled fun of Brahms’s uproarious Academic Festival Overture.

In conversation with Andrei Korobeinikov.