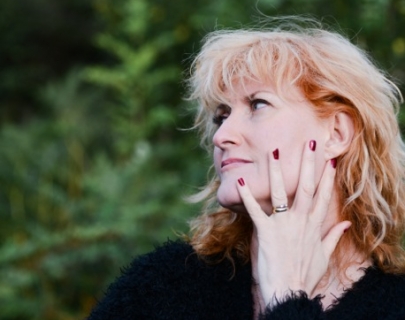 Eddi Reader grew up in Glasgow and Irvine where she learned to use music as a vehicle for communication through busking and performing at local folk clubs.

In the early 1980s, she travelled around Europe with circus and performance artists before moving to London, where she quickly became a sought after session vocalist. She famously harmonised with Annie Lennox touring with the Eurythmics, after her time with successful punk outfit Gang of Four, but it was warmly remembered Fairground Attraction that really brought her to the attention of a much wider audience. The single Perfect and album First Of A Million Kisses both topped the British charts.

Eddie Reader has effortlessly developed into one of popular music’s most thrilling and affecting performers.