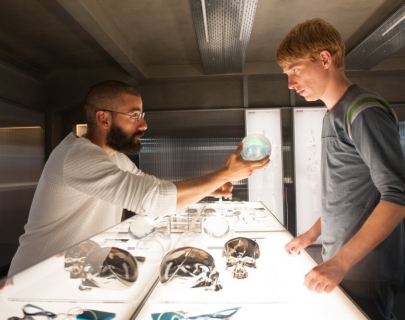 Writer Alex Garland has a reputation for cerebral sci-fi (28 Days Later, Sunshine, Dredd) and now makes his directing debut with an intriguing film about artificial intelligence.

Nathan (Isaac) is the elusive billionaire CEO of the world’s largest internet company, who invites Caleb (Gleeson), one of his young talented coders to his Alaskan retreat. On arrival, Caleb is introduced to Ava (Vikander), a robot that Nathan has created. But as the experiment progresses, Caleb finds that Ava is more perceptive than he first thought, and Nathan’s motives are not so clear cut.