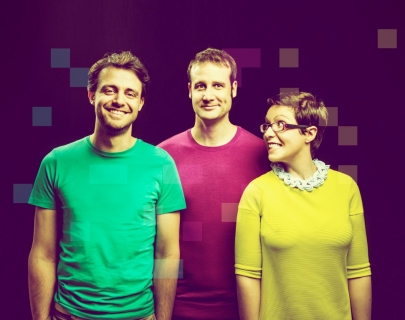 Watch the “resplendently geeky trio” (The Times) as they Excel themselves in a new show packed with explosive live experiments and statistically significant laughter. Will they stay on-trend, or lose the plot completely?

“So much fun… and flames… who knew formulae could be so funny?” ★★★★★ One4Review

“Fantastic and funny…. you don’t need to be a ‘nerd’ to enjoy this show” ★★★★ Broadway Baby

“Gleefully geeky… impossible to resist, whatever your level of scientific knowledge” ★★★★ Edinburgh Reporter

“Raw geekery… if you are a child at heart who loves stats and maths, you need to see this show” ★★★★ Arts Award Voice

“Charm and perky curiosity are in its DNA” The Guardian