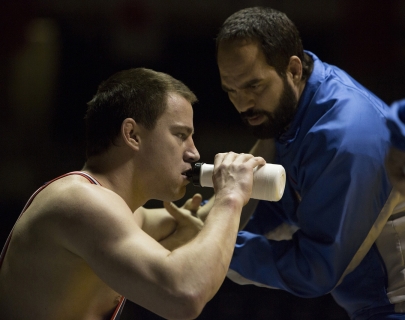 John Du Pont (an outstanding Carrell, with prosthetic nose), a wealthy man, has one passion: wrestling. Determined to restore America’s wrestling team to its former glory, he recruits Mark and Dave Schultz, and installs them in a state of the arts facilities on his Foxcatcher estate. But du Pont’s increasing paranoia and alienation propels the trio towards a shocking tragedy.