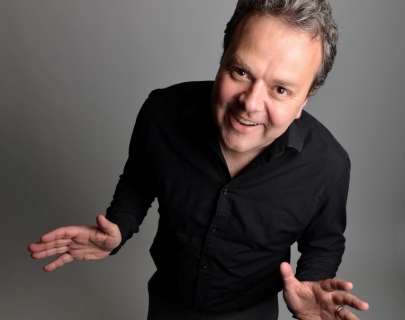 Hal Cruttenden is one of the top comedians working in the UK today, a television regular (Live at the Apollo, Mock the Week, The Great British Bake Off – Extra slice) and last year his sitcom Hal was broadcast on Radio 4.

Hal is also Patron of Leamington Spa based charity Thare Machi Education, and recently provided the voice for their Avoiding Ebola DVD which has been widely used in west Africa.

Join Hal and his special guests, including Eastenders’ Terry Alderton, Alexis Dubus and Tom Binns for a night of laughs with a genuine feel-good factor, as all profits will go to Thare Machi’s work to make basic health education accessible to some of the world’s poorest people in their own language. Education saves lives – it’s simple.