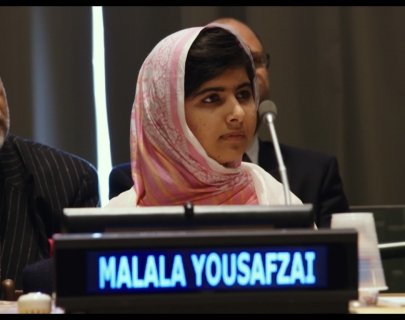 On the afternoon of 9 October 2012, Malala boarded her school bus in the northwest Pakistani district of Swat. A gunman asked for her by name, then pointed a pistol at her and fired three shots. The world was shaken by the stark attack on a 15 year old girl who, under the controlling eyes of the Taliban, had been advocating for girls’ education in Pakistan.

He Named Me Malala is an intimate portrait of Nobel Peace Prize Laureate Malala Yousafzai, her thoughts and her fears up to, and since the event.