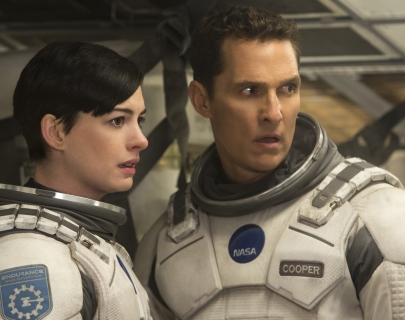 It’s the near future, and dwindling resources have turned Earth into a giant dustbowl as scientists look to outer space to save the human race. After being selected by NASA for the team tasked with finding a new hospitable planet, former astronaut turned farmer Cooper (McConaughey) leaves behind daughter Murph to join a team of scientists to the farthest reaches of the universe.