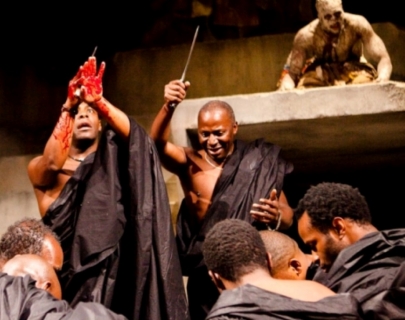 As part of Shakespeare Week

Shot partly in the theatre, partly on location, this Julius Caesar traces the fall of a modern African leader, the struggle for democracy, and a descent into war.