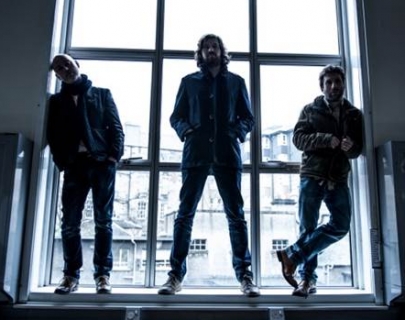 Internationally acclaimed modern folk trio Lau will be performing live at Warwick Arts Centre in support of their highly anticipated forthcoming new album (due for release in May 2015 on Reveal Records).

2012’s Race The Loser album was nominated for Scottish Album of the Year and featured in many critics best of year lists. Lau appeared on BBC TV’s Later… with Jools Holland extending their audience considerably in the process and won their fourth BBC Radio Folk Award for Best Group a few months later.

In the last two years Lau have travelled extensively all over the world. South Korean and Japanese experimental music scenes intrigued and found some influence upon their new music. The most profound influence though came from a trip to New York. Downtown, Lau absorbed themselves in a music scene rich with avant-garde and contemporary classical and folk music. Lau returned to Scotland determined to include something of this ethos into their next album.

For their new album, the Elysian Quartet, a group that share Lau’s fearless desire to create something new through improvisation, will feature and the new recordings are produced by Brooklyn based artist and multi-instrumentalist Joan Wasser (Joan As Police Woman). What comes next from Lau promises to be their greatest musical recorded statement yet.