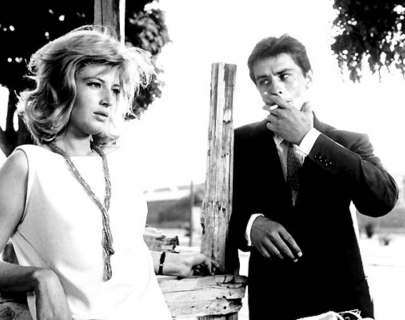 L’Eclisse is the third in Antonioni’s trilogy of films about the fragility of relationships in the contemporary world.

The monochrome film unfolds in early 60s Rome and Verona and follows a young woman who begins a relationship with a confident young stockbroker whose materialistic nature eventually undermines their love affair.

L’Eclisse won the Special Jury Prize at the 1962 Cannes Film Festival and was nominated for the Palme d’Or.