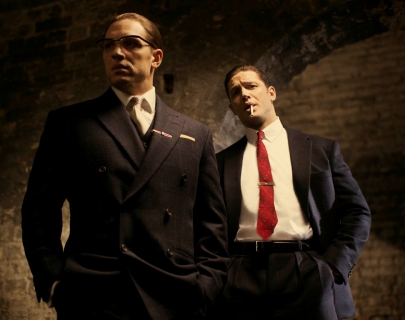 The movie, set and filmed in London’s East End, follows the rise of the Kray twins during the 60s and the criminal activities that led to their arrest on May 9, 1968. Reggie, the gangster prince of East London and his brother Ronald, a one man mob are both played by Tom Hardy (Mad Max: Fury Road, Child 44, Inception) in a compelling showcase of 60s organised crime.