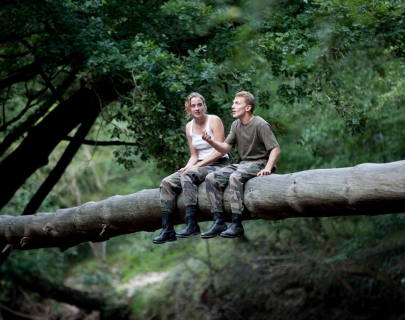 Two teenagers abandon their summer army training and set up camp in the woods instead. Azaïs plays a boy whose youthful swagger is undermined when he is literally knocked off his feet by tomboy Haenel. However, rather than seek revenge, he finds himself attracted to her.

From there, Cailley’s acclaimed debut film develops into a quirky study of adolescent relationships, whose narrative steers refreshingly clear of conventions and clichés.

“A guaranteed crowd-pleaser” The Hollywood Reporter