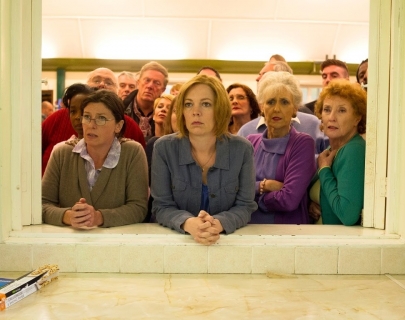 London Road documents the events that shook the quiet town of Ipswich in 2006 with the discovery of the bodies of five women. The film follows the community who found themselves at the epicentre of the tragic events. Hailed as a remarkable, ground-breaking work during two sell-out runs at the National Theatre, this musical adaptation of London Road reunites the National’s award-winning production team.