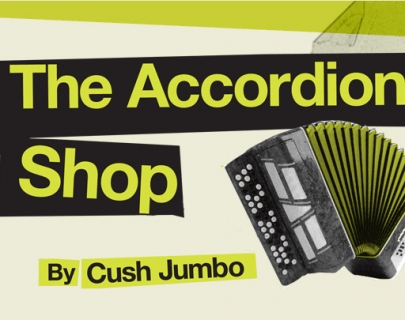 Mister Ellody has quietly kept his accordion shop going on his local high street for generations.

One day, he steps out of his door and witnesses an extraordinary incident: hundreds of young people are surging onto the street, and they’ve all received the same text message on their phones which simply says “RIOT. THE ROAD. 7pm TONIGHT.”

Cush Jumbo
Cush Jumbo is an award-winning actress and writer. Cush was nominated for an Olivier Award in 2014 for Outstanding Achievement in Affiliate Theatre for Josephine and I which she wrote and performed to rave reviews at the Bush Theatre.