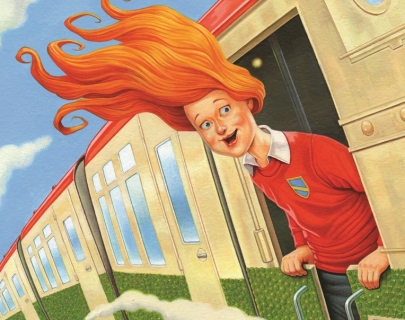 A rollercoaster ride through the mind-boggling mysteries of everyday life…

Olive’s always daydreaming. She daydreams about what’s going on inside her cat’s head, or about that weird picture above her bed of a steam train puffing out of a fireplace… Then one day, on her way to school, another very odd train chugs into the station- it’s studded with olives, for one thing, and there’s no driver….So Olive boldly jumps aboard and, WOOHOO, she’s driving her very own dream train and it can take her absolutely anywhere!