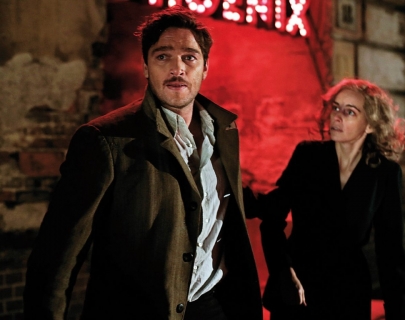 Nelly Lenz (Nina Hoss), a Jewish singer, despite facial disfigurement, has survived the Nazi concentration camps. Back in Berlin, Nelly tracks down Johnny (Ronald Zehrfeld), the husband who may or may not have shopped her to the Nazis, believing her dead he fails to recognise her.

He does, though, notice that she bears a passing resemblance to his late wife. That gives him an idea: if she were to pose as Nelly, they could split the inheritance. This marks the beginning of a complex mystery of disguise and deceit.

“Petzold is a gifted storyteller, with the lean, driving narrative sense of the film noir masters.” Variety