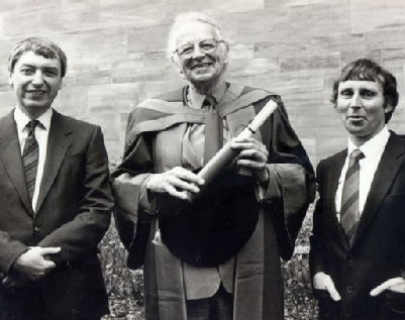 A celebration of 50 years of jazz at the University of Warwick to coincide with a concert from the Humphrey Lyttelton Band. appearance at 8pm.

In 1987, Warwick became the first University in the UK to give an Honorary degree to a jazz musician – a DLitt, awarded to legendary jazz musician Humphrey Lyttelton. This talk, lead by Dr Roger Fagge, Director of Comparative American Studies at the University of Warwick, and Professor Bob Jackson, Centre for Education Studies, reflects on Warwick’s long affiliation with jazz music.