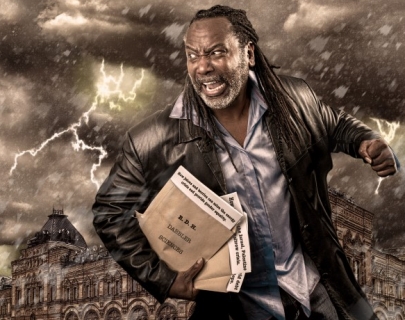 Reginald D Hunter returns to the UK in 2015 with a brand new tour following a hugely successful year filming and performing around the world.

Having appeared at the Melbourne Comedy Festival and Sydney Opera House Gala in Australia, Reginald then made his debut in New Zealand. He then moved closer to home with his first tour of mainland Europe before travelling back to his birthplace in America to film Reginald D Hunter’s Songs Of The South, a three part BBC2 series, which is due for transmission in early 2015.